Give them (GNU GP)'ell: a new approach to claims for non-compliance with Free software licences? 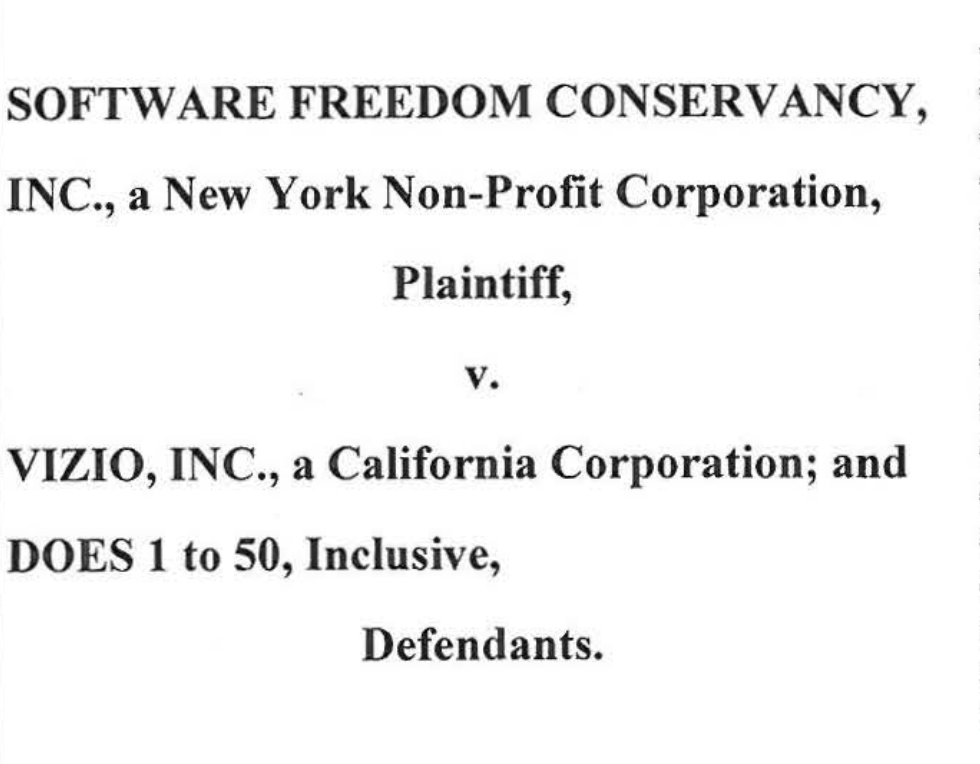 It's a strange world. I run a law firm which itself runs almost entirely on Free software, yet I don't get to write about Free / open source software as much as I'd like.

But, today, I've got a good reason: a new lawsuit (albeit one filed in the USA), attempting to enforce GNU GPL 2.0 and GNU LGPL 2.1 against a TV manufacturer.

I stress that this is a claim in the USA, so it's unlikely to be directly relevant to many of you. However, I know loads of you use, and contribute to, Free software, and the novel approach of this case makes it noteworthy.

The claim has been filed by the Software Freedom Conservancy.

The SFC alleges that it:

purchased recent TVs to analyze and concluded that not only was Vizio not providing the source code and technical information that copyleft licenses require, Vizio was not even informing its customers about copylefted software and the rights it gives them as consumers.

Smartcast is a Linux-based operating system. That means that not only do multiple copies of the Linux kernel appear in the firmware, other GPL’d and LGPL’d programs were found, including U-Boot, bash, gawk, tar, glibc, and ffmpeg.

In other words, the allegation is that the TV manufacturer has not complied with the basic requirements of GNU GPL 2.0, and GNU LGPL 2.1.

What makes the claim novel?

There are two factors which make this claim stand out from previous GNU GPL 2.0 enforcement claims:

The "third party beneficiary" point is particularly interesting, because it essentially means that SFC is not litigating as the copyright holder of the covered works, but rather as a consumer: as someone who, according to the GNU GPL/LGPL, is entitled to a copy of the corresponding source code. This requires an argument that the GNU GPL is a contract, rather than a licence (a topic which has caused plenty of controversy / debate over the years.)

Will this succeed? I do not know. I mean, I'm hopeful, because I'd like to see more litigation from consumers/users, as it might encourage more organisations to comply with their licence obligations (which are part of the cost of taking advantage of GNU GPL'd code).

What does this claim mean for you, someone who's probably in the UK?

Right now, not much. It's in its early stages, and we'll have to see how it plays out.

In the future? Well, probably not too much then either. It's a claim in California and, while I'm no expert, I suspect that Californian law is different to English law. Nor is a decision of a Californian court likely to be of particular relevance to a claim before English courts.

But it might tempt others to try the same approach.

So why on earth are you mentioning it?

Mainly because I found it interesting, and thought you would too.

But, even if it is unlikely to result in a binding precedent before the English courts, it might encourage more organisations to comply with their obligations under Free software licences.

And the more people who comply, the more improvements make it into the public sphere, and the more useful code there is in the world, licensed under Free software terms.

And that's a net good.

And if you're using Free software in a way which triggers distribution obligations but you don't comply with them, or else you're not sure what your obligations might be, perhaps this will be a trigger to get in touch and sort it out.

Side note: counsel for the SFC

As a side note, Richard Sanders, at aaronsanderslaw.com, is counsel for the Software Freedom Conservancy. I don't know Richard, but Richard's business partner, Tara Aaron-Stelluto, is my go-to person for US data protection and privacy law advice.