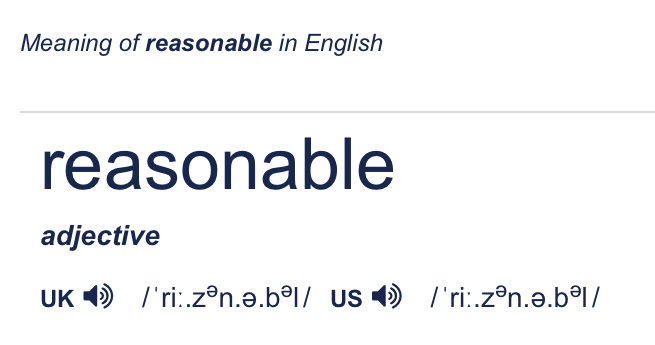 If you've worked with contracts for any length of time, you'll have had a discussion / argument with someone as to whether a party's obligation to do something should be:

and sometimes with the word "commercial" thrown in for good measure.

Lawyers will happily argue endlessly as to what these terms mean, and which is appropriate to the situation at hand.

Earlier this year — February 2021 — the High Court's technology and construction court ruled on a case involving the interpretation of an "all reasonable endeavours" clause, which offers some clarity.

(The judgment has 754 paragraphs, so I'll understand if you don't want to read it all for yourself.)

The contract in question had, at clause 12, the following:

The Supplier warrants and represents to Customer and each member of the Customer Group that ... having taken all reasonable steps (including making all appropriate inquiries and obtaining all appropriate professional and technical advice) that it has satisfied itself as to all risk, contingencies and circumstances to do with its performance of the Agreement.”

There was an argument as to whether the Supplier had done this or not.

The Customer argued in favour of a high threshold for the interpretation of "all reasonable endeavours":

The court did not agree:

Although an obligation to use best endeavours is likely to encompass all reasonable steps that could be taken, it might extend to more than an accumulation of moderate or sensible steps. It is conceivable that the circumstances of a particular case could require the party with such an obligation to go further, such as taking steps that were against his own financial interests, or steps that required extraordinary efforts. Such steps are unlikely to fall within the scope of a ‘reasonable endeavours’ obligation.

In other words, the court held that:

The court did give itself a bit of wiggle room, with the age-old lawyer's answer of "it depends":

The above authorities provide helpful guidance as to meaning of the phrase “all reasonable steps” but that does not obviate the need to interpret those words as part of the agreement between the parties in this case. The scope of “all reasonable steps” must be considered in the context of this particular contract, against the factual matrix and taking into account the expert evidence as to the reasonable steps that could, and should, have been taken.

What should you do?

Will this put an end to the debate? Probably not. And it is likely to irk Ken Adams, whose treatise on contract drafting says that English cases setting out a hierarchy of obligations:

are symptomatic of an English approach to contract interpretation that prizes spurious distinctions over plain meaning.

Ken may well be right, but he's not going to be the judge if your contract comes before a court applying English law, so I'd suggest either:

No, the European Commission is not compelling online service providers to monitor communications. Well, not yet. Github Copilot: initial thoughts from an English law perspective