"SafetyTech": what it is, and key legal issues 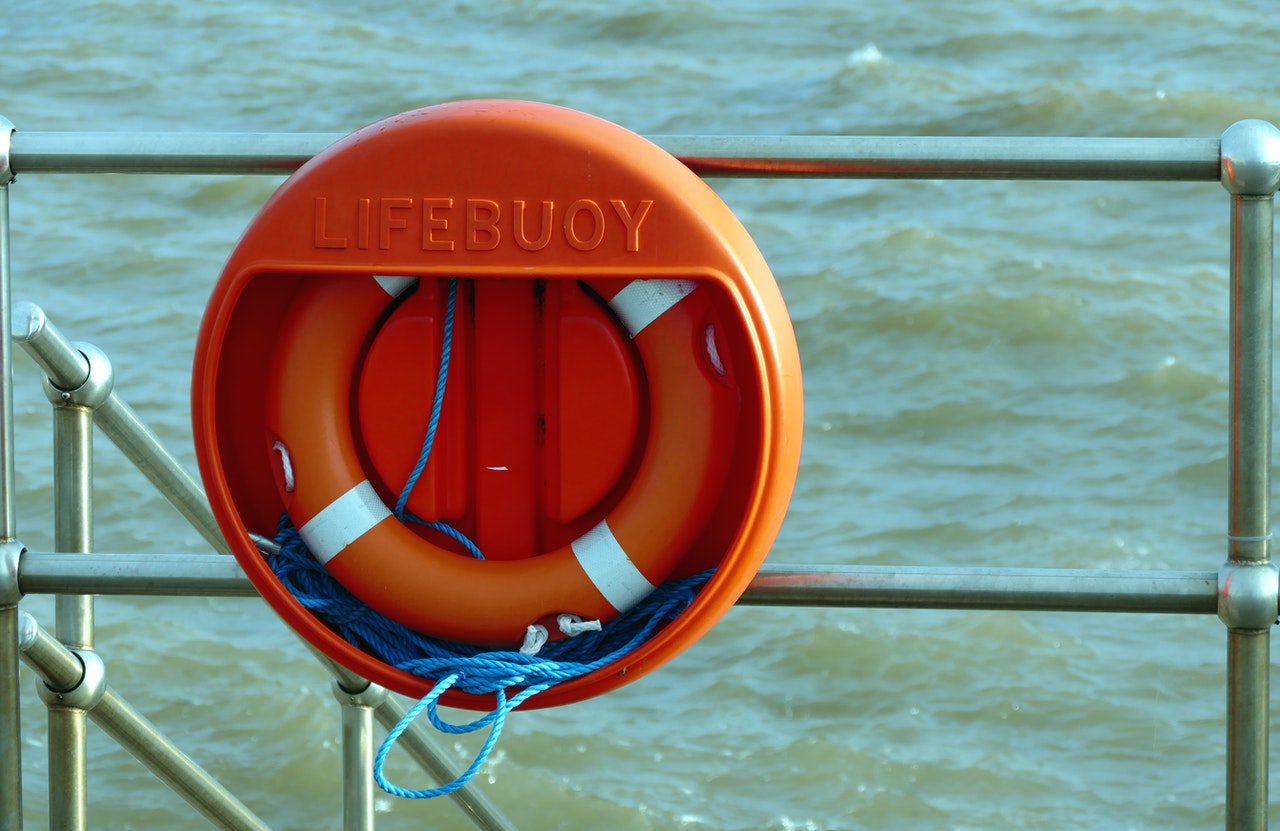 1 I've seen the term "SafetyTech" crop up quite a bit lately, mostly due to a recent report for the UK government (PDF) (and also an HTML version for those who prefer it), and it is a buzzword which, I have no doubt, we will see used with increasing frequency.

In this blogpost, I outline what it is (and, it seems, what it is not), and comment on some of the key legal issues.

According to the report, there is "no unified or agreed definition of online Safety Technologies or Safety Tech".

However, the report adopts a working definition of

technology or solutions to facilitate safer online experiences, and to protect users from harmful content, contact or conduct.

It breaks these down into technologies which:

In essence, the report's authors adopt a relatively broad interpretation of the term, covering the range of technologies and services which can be used to keep us safe online — but seemingly with one notable omission (read on).

But SafetyTech goes beyond just what is covered in that one report.

There is also the Online Safety Tech Industry Association, and the trade group for online age verification systems, the Age Verification Providers Association. More broadly still, companies and individuals have been working for years to give users safer online experiences, whether through ad/tracker blocking for browsers, webcam covers, scripts to enable users to automatically delete old posts, two-factor authentication to limit unauthorised account access in the event of compromised passwords, password managers... I could go on and on.

So, while the term "SafetyTech" is relatively new, developing tools and techniques to keep people safe online is not.

The elephant in the room: encryption

One of the key technologies keeping us safe online is encryption.

But there is no mention of encryption in the government's report.

One possible explanation is that this is an examination of the UK's SafetyTech market, and no-one in the UK is doing it.

But that's not true.

Inhibiting or preventing unwanted third parties from reading or even modifying your messages is an obvious example of technology to "protect users from harmful ... conduct", so their silent omission is surprising.

While it's commonplace to frown on some applications or implementations of encryption, its role in keeping all Internet users — children wishing to chat with their friends away from the prying eyes of predators, vulnerable adults seeking confidential guidance and counselling, anyone buying or selling online — safe is undeniable.

I thought it would be helpful to outline some of the key legal issues which those developing and implementing SafetyTech will need to consider.

It is not, of course, an exhaustive list, and each technology, and, most likely, each implementation, will have its own set of risks and requirements, and thinking these through before getting to the point of deployment will be essential.

Indeed, most, if not all, of the key SafetyTech legal issues I highlight here require consideration as part of the development process: they're not things that someone can solve once the product is developed, as a "morning after' legal bolt-on.

Some SafetyTech systems set out to constrain and restrict what conversations people can have online, and what information they can impart and receive. For example, "web filtering" or "parental control" technologies might attempt to stop people subject to those controls, while other technologies might attempt to stop someone from including words or phrases in a post or message.

Human rights law recognises the importance of freedom of expression, and sets out limited grounds for derogating from it.

This is not a freedom enjoyed only by adults, as Article 13 of the Convention on the Rights of the Child states:

The child shall have the right to freedom of expression; this right shall include freedom to seek, receive and impart information and ideas of all kinds, regardless of frontiers, either orally, in writing or in print, in the form of art, or through any other media of the child's choice.

Private companies implementing technologies which interfere with this fundamental right may have an easier ride than public sector organisations (such as schools), or governments attempting to put restrictions into legislation but, nevertheless, there will be issues to consider here.

Organisations which deploy technologies which entail accessing the content of a user's non-broadcast communications while in the course of transmission will need to stay the right side of the criminal offence of unlawful interception.

For example, interfering with a user's DNS queries, and monitoring the content of their communications as they pass across a network, are likely to trigger the interception regime.

The UK's governing framework for this, the Investigatory Powers Act 2016, contains some helpful provisions (which I was involved in drafting!), but it is not the easiest law to navigate.

No list of potential legal risks facing online technologies would be complete without reference to data protection and privacy issues but, in the context of SafetyTech, the issues are likely to be numerous and complex.

Whether it's profiling users via machine learning, the use of "big data", monitoring children's communications, surveilling their web browsing, forcing less secure connections, impersonating others (e.g. for a man-in-the-middle attack on their communications), or attempting to verify age or identity, organisations will need to ensure that what they are doing meets (at a bare minimum) the legal requirements for the processing of personal data.

The additional rules in the context of electronic communications, such as those relating to the storage of, or access to, information on user's devices (perhaps running local scripts to attempt to detect unwanted or prohibited activity) could be relevant in at least some cases.

This gets all the more interesting in the context of processing of personal data of child users of online SafetyTech services, from being sufficiently transparent about what processing is going on, to carrying out a suitably robust data protection impact assessment, and more.

For systems which entail reporting to law enforcement agencies, the issues are likely to be even more pronounced, demanding greater analysis and scrutiny — getting data protection correct when it comes to voluntary co-operation with law enforcement is not a trivial matter.

Some SafetyTech is likely to entail access to, or use of, third party platforms — for example, accessing content made available online, perhaps through scraping or perhaps through an API, to create datasets against which analysis or matching can be carried out.

SafetyTech providers will need to ensure that their access is in accordance with the law, which might entail negotiating (and, presumably, paying for) access to those third party systems.

Simlarly, SafetyTech which makes changes to user's devices, or interferes with their operation, will need to be assessed from the perspective of the computer misuse framework, to avoid the potential commission of criminal offences.

Copyright (and other rights) infringement

Developers of SafetyTech which entails the collection of content which is the subject of intellectual property rights — for example, copyright — will need to consider if they can take advantage of statutory exceptions, or else how they can obtain appropriate licensing for the rights they would otherwise be infringing.

Obvious examples of this type of SafetyTech include those scraping social media sites, or building up vast databases of images for use in classifiers. If you're copying a user's photographs, on what basis are you doing so?

Contracts and challenges with customers

Ultimately, the aim of most companies involved in SafetyTech is to make money. And, to make money, they need customers.

Indeed, the report on SafetyTech suggests that the government (and the broader public sector) should be required to contribute to the coffers of SafetyTech companies, with a recommendation to:

Update public procurement guidelines, to ensure that public sector organisations are making sufficient use of Safety Tech to protect their own systems and members of the public.

With customers come commercial deals, and contract terms, and warranties, and indemnities, and service level agreements, and disputes to resolve, and consumer information and cancellation requirements, and all those things which turn a technology into a business.

According to the self-regulatory framework for advertising in the UK, advertising materials must be truthful, decent, and honest. Those three words are underpinned by a substantial self-regulatory code of practice, which sets out the basis by which the Advertising Standards Authority will assess complaints.

Adverts which assert that buying or using a particular service or technology will make a user safe online must be evidenced-based, and must not over-play the degree of protection they offer. Limitations in the protection should be made clear.

Although the ASA is itself self-regulatory, and has no formal powers, Trading Standards holds the "backstop" powers under laws relating to misleading advertising, and the Competition and Markets Authority has new powers to seek "online interface orders", to curtail the spread of harmful advertising or problematic products.

If you operate a service online for users in the UK, there's a strong chance that you will have come across the UK government's "Online Harms Whitepaper".

The underlying assertion is that some companies are not doing enough to protect users, and the direction of travel oappears to be the imposition of a (in my view, rather questionable from a human rights law point of view) "duty of care".

The debate around this is ongoing, and it is not law at the moment, but it seems likely that SafetyTech will form at least part of what is to come.

Danger through SafetyTech: mitigating risks of SafetyTech itself

Aside from the more legal-focussed thoughts above, an angle which I have not seen explored in any considerable detail is the danger which SafetyTech could, if not designed and implemented with care, produce.

Since the positioning of SafetyTech is typically (in my experience) an attempt to redress or mitigate harms caused by careless tech companies, it's important that risks associated with SafetyTech itself are identified and mitigated.

For example, every few months, some bright spark comes up with the "novel" idea that online abuse could be curtailed by the imposition of a "real names only" requirement, or a requirement that users must verify their identity before they can post.

They rarely, in my experience, consider the implications that this kind of requirement might have on, say, victims of domestic abuse, for whom anonymous or pseudonymous online communication — access to support groups, for example — might be vital. Nor the impact on those who do not have a form of government-issued identification, which is likely to lead to a further digital divide betweeen the "haves" and "have nots".

Surveillance-centric SafetyTech, designed with the intention of enabling parental oversight and control over which websites their child is visiting could enable co-ercive or controlling behaviour.

What about unintended bias in filtering resulting from the use of a model trained on biased data, or implemented through a set of biased expectations or rules?

Presumably, purveyors of SafetyTech will be leading by example, and conducting detailed and independent fundamental rights assessments (e.g. as part of data protection impact assessments, where the rights which need to be considered stretch beyond mere data protection or privacy rights) and reviews of the potential safety issues arising from the existence or deployment of their services.

I very much hope that they will be publishing these, both so that others can learn about "best practice" in undertaking this kind of analysis, and to facilitate independent scrutiny.

We're a law firm used to helping people doing interesting and valuable things with technology. We'll quickly get to grips with what you are doing, from a technical and commercial point of view, and we specialise in giving tech companies pragmatic, grounded legal advice.

Neil has worked on "SafetyTech" for long before that name became popular. The projects which came to mind when writing this (and I'm sure there are more) are:

Feel free to contact us if you have questions you think we can help with.

Does size matter? And how does a communications provider know how big you are? Sales to consumers through online platforms: new rules to protect businesses